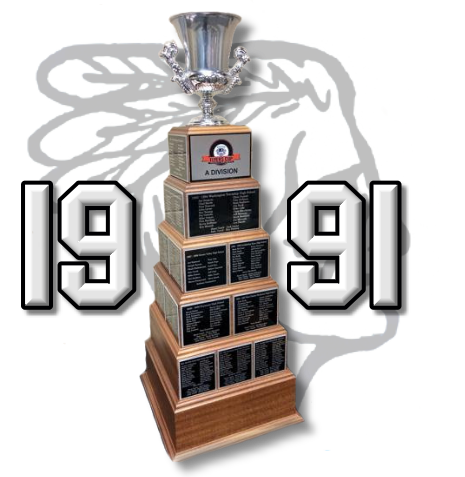 The 1990-91 edition of the Council Rock Indians Ice Hockey Team was a cleverly built squad which identified roles for every line, effectively creating an unstoppable machine. The Indians were tagged the team to beat for the 90-91 High School Hockey campaign, and that they were. If it wasn't Council Rock's potent first and second line's torching the twine with their goal scoring prowess, it was the third and fourth shut down lines which were built with a formula of power and energy which no other team in the league could match. Defense was a wall across all 3 lines, lead by senior Mike Kelly, and on the back end if by chance the opponent got through. The Indians had the best 1-2 tandem in the league to shut them down. This was a season of destiny in which the Indians would place 2nd overall in the division with a 14-1 record. They would proceed to win the SHSHL league title, the Flyers Cup and the Pennsylvania State High School Hockey Championship.
The Road To The 1991 FLYERS CUP - AAA 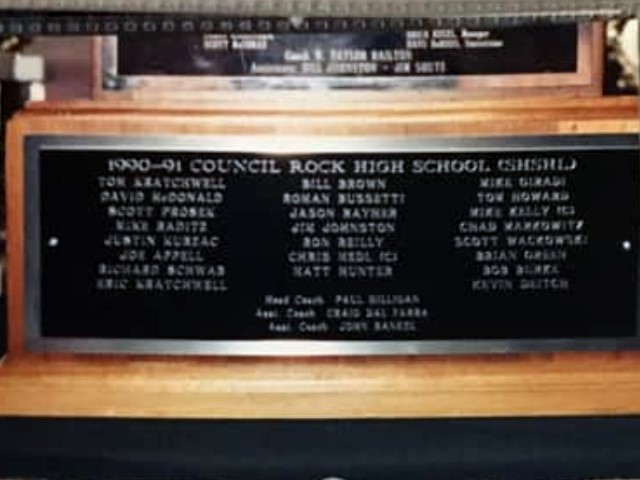 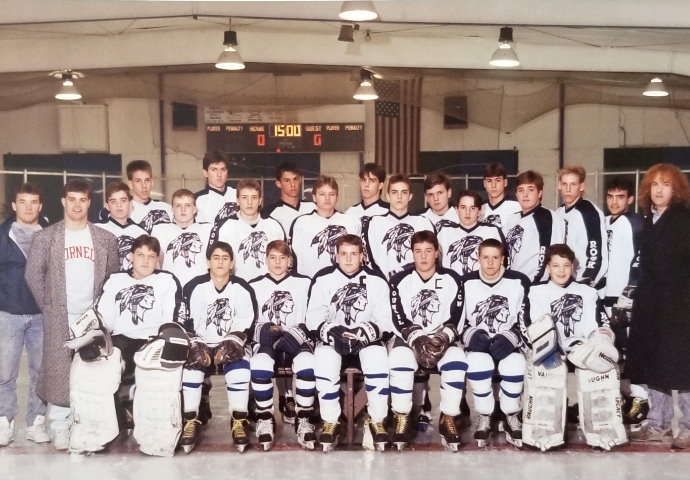 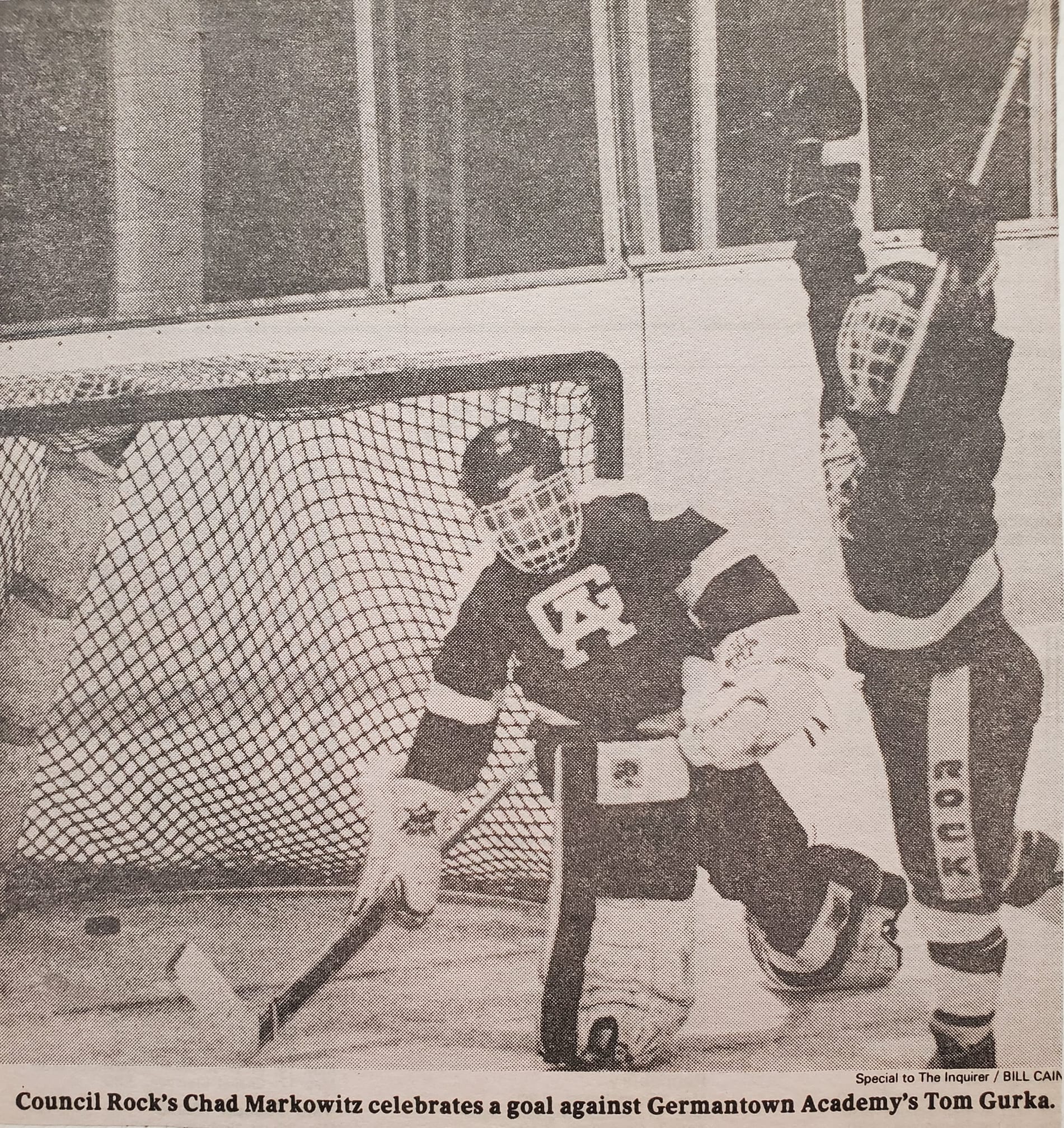 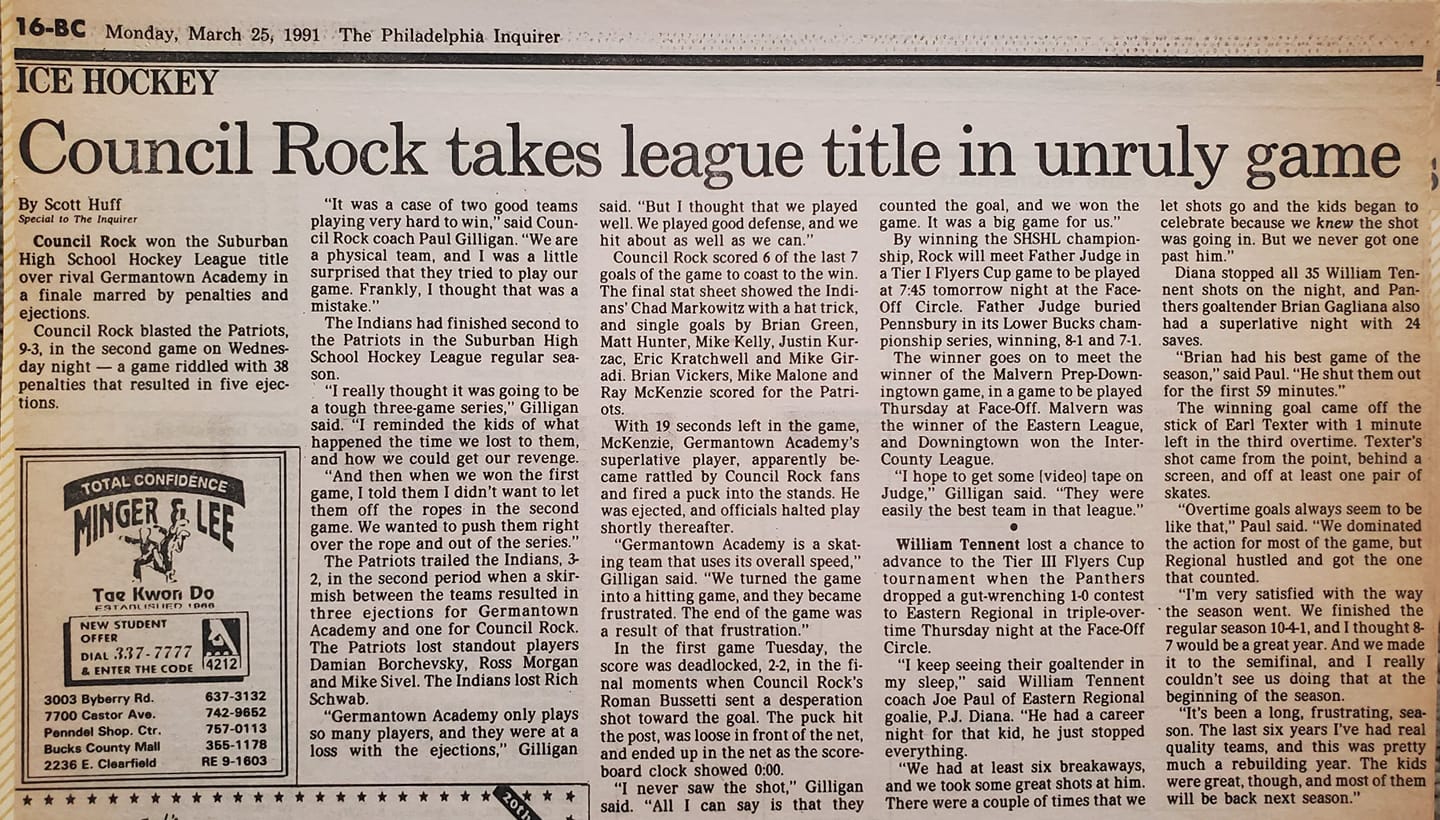 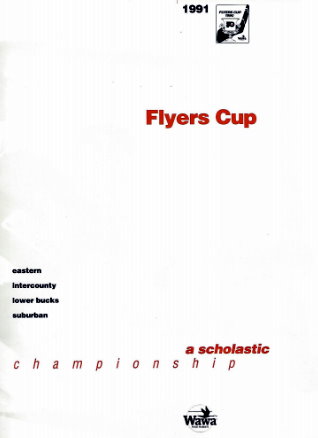 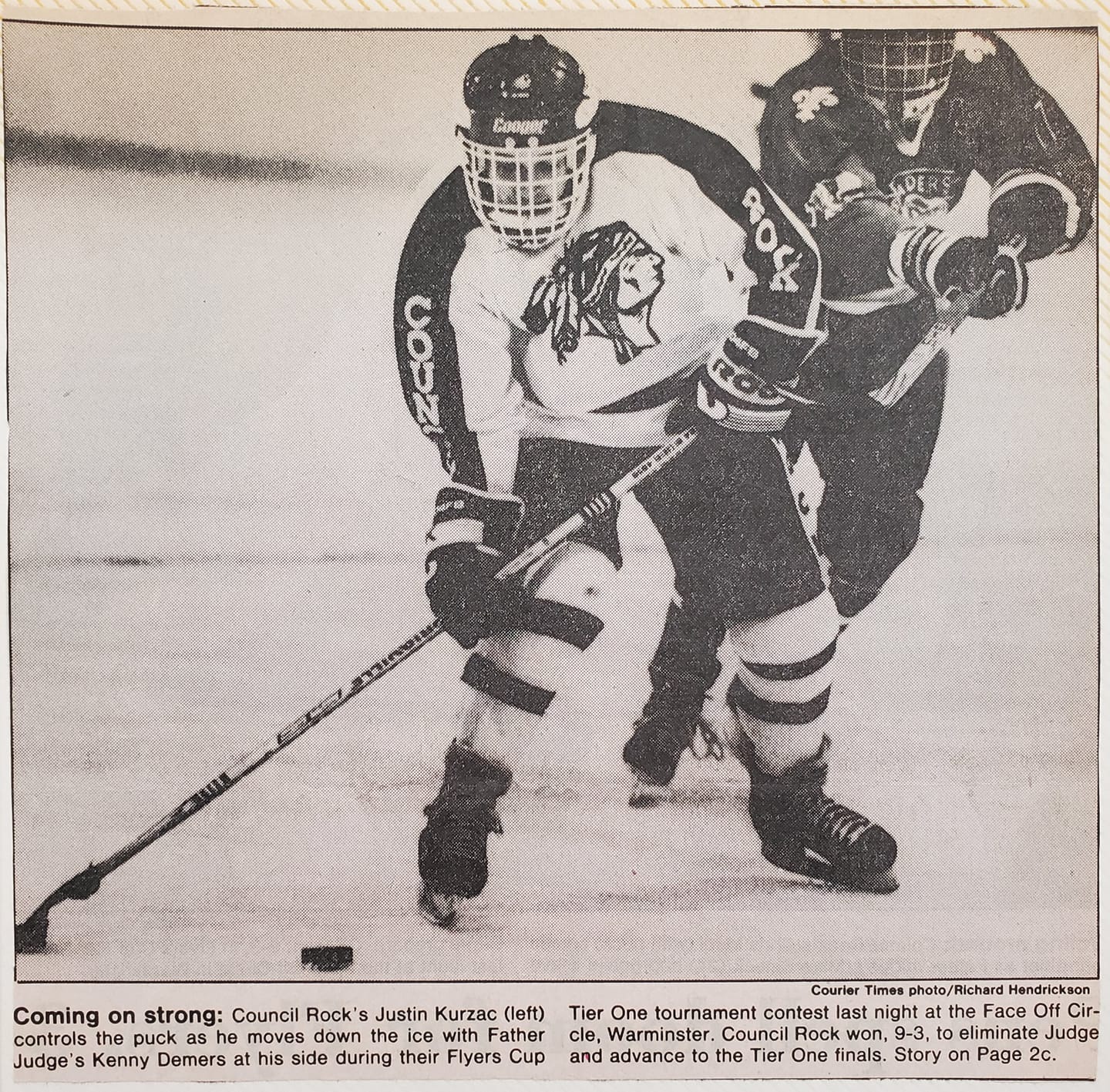 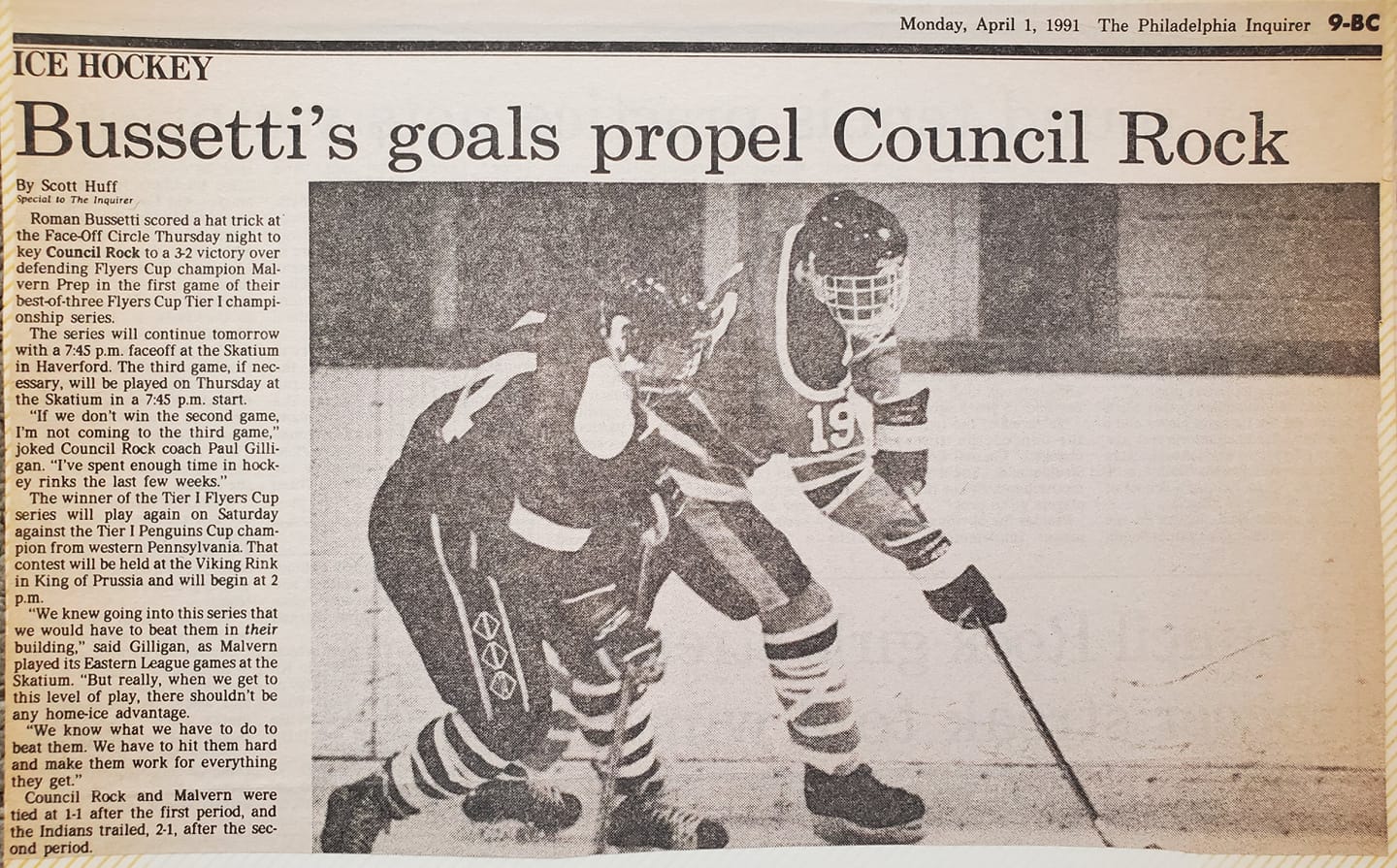 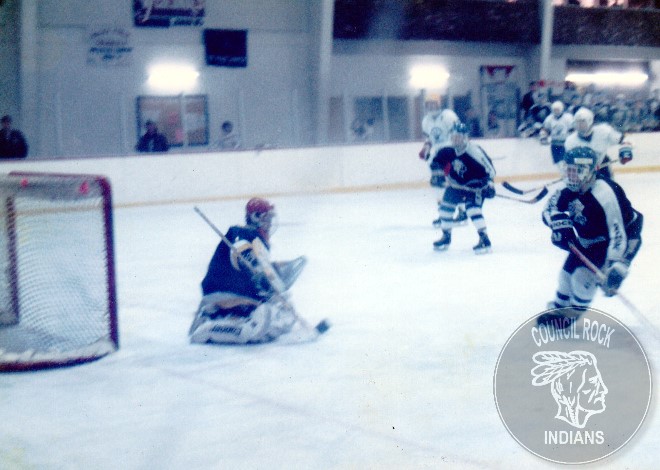 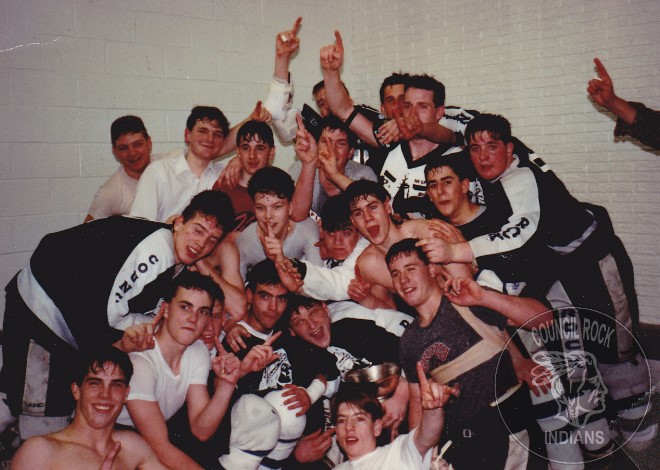 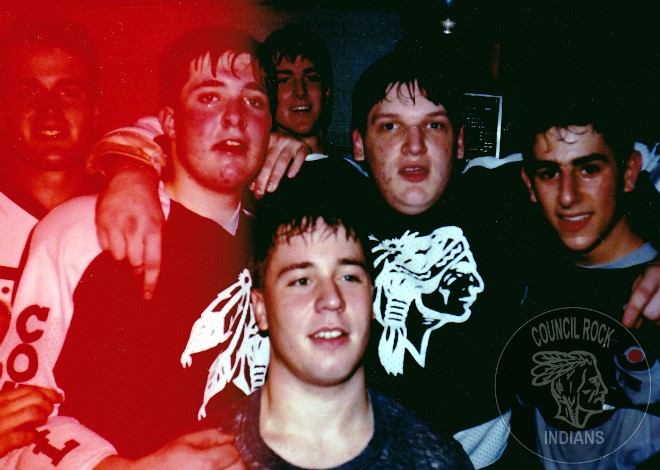 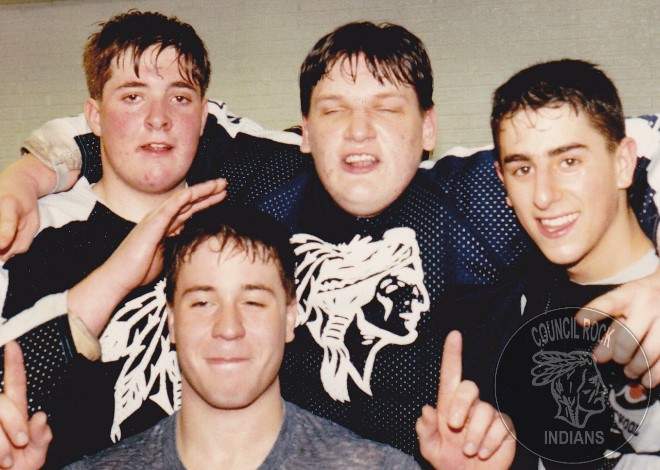 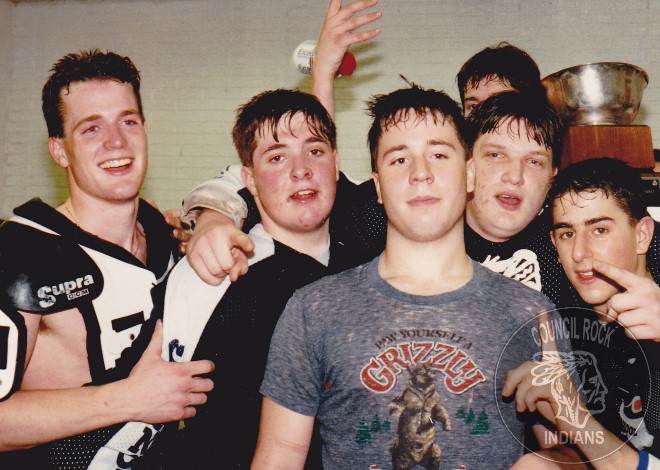 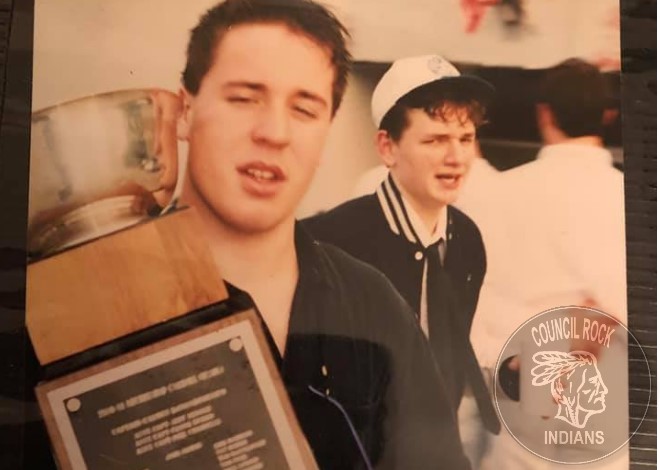 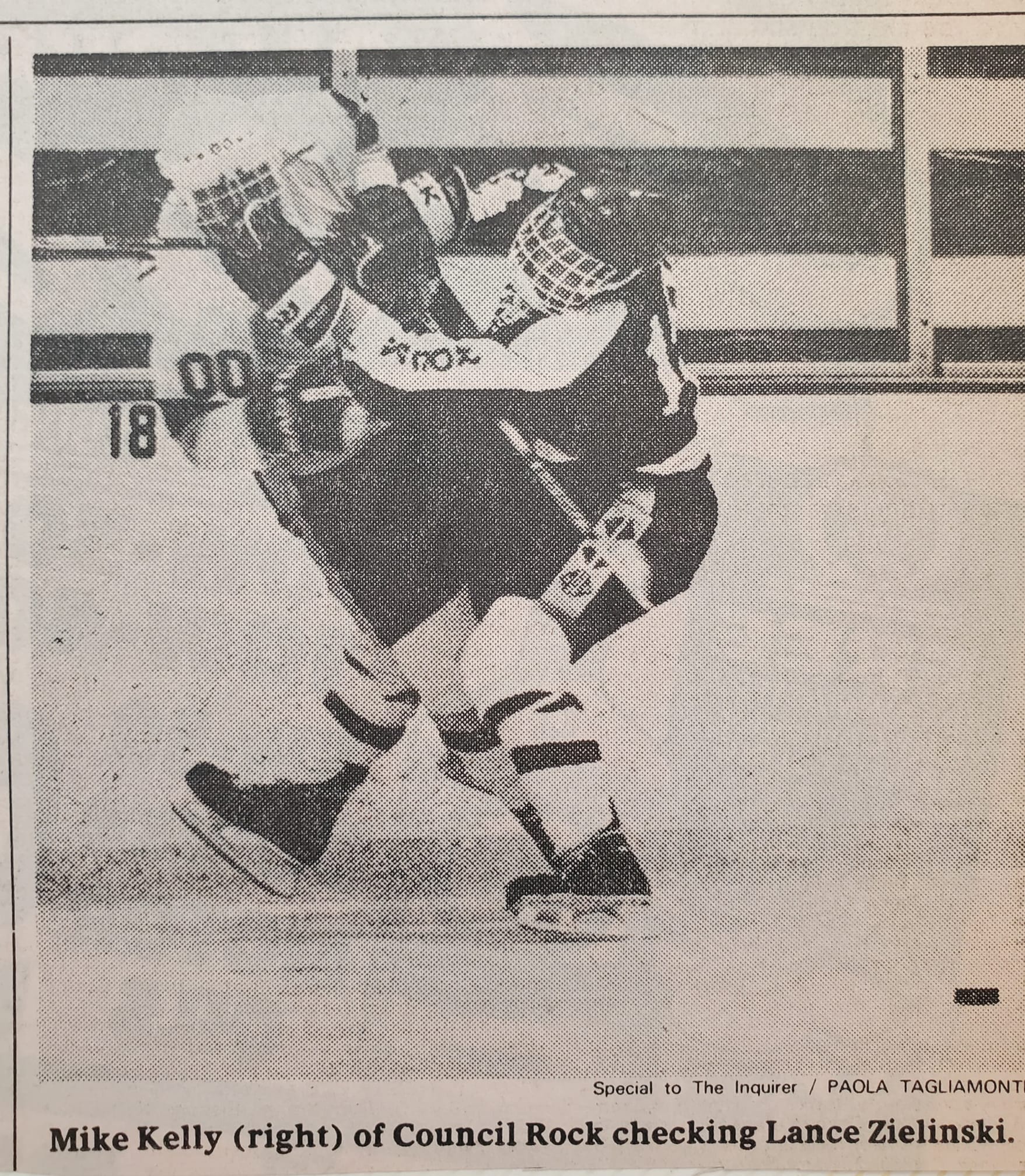 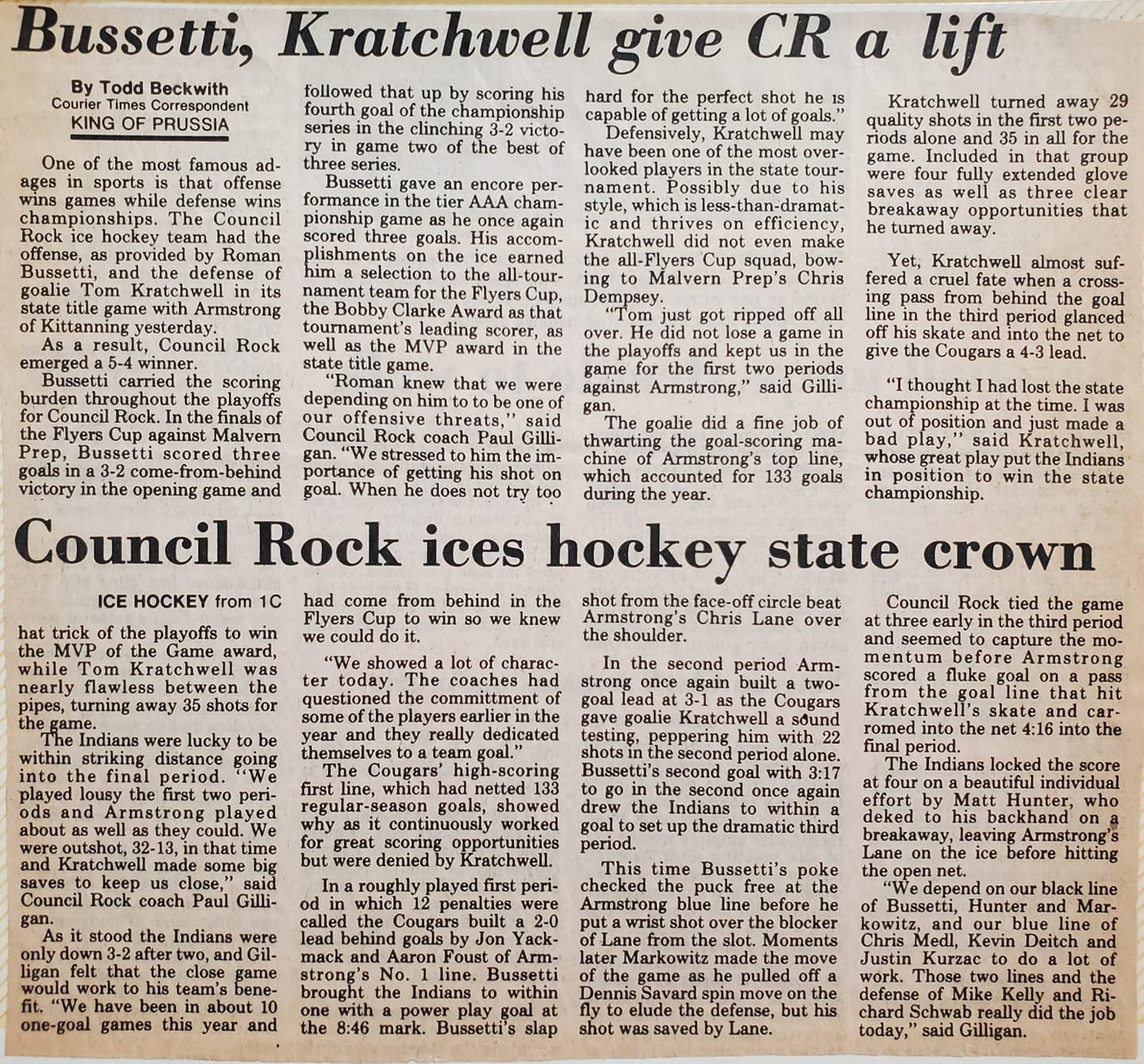 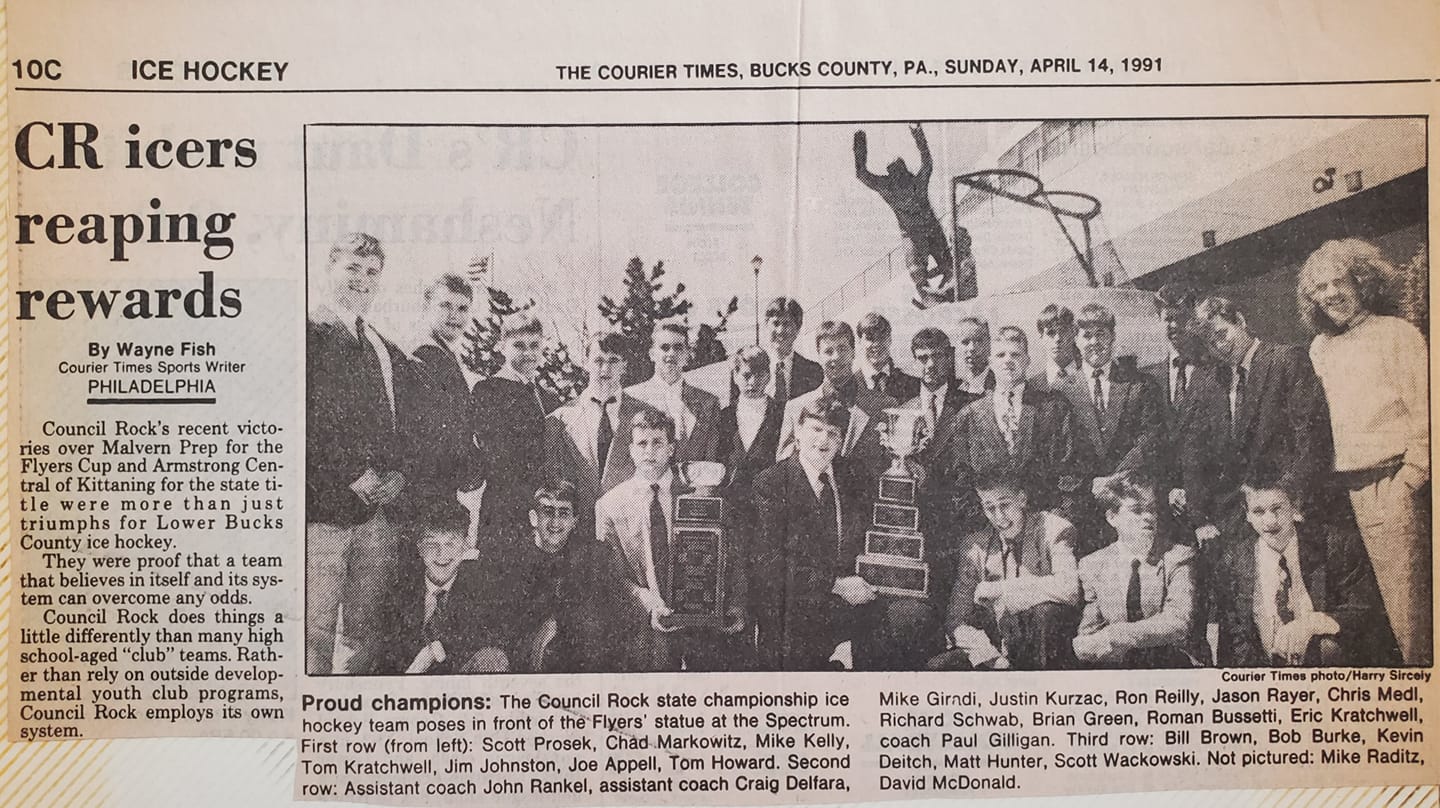 91 Champs
Luncheon At The Spectrum