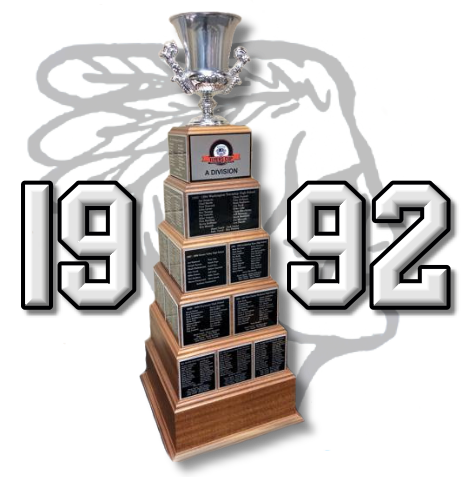 The Story
The Rock set out on its 1991-92 campaign with one goal, to replicate what its 1990-91 predecessor accomplished, to win the Flyers Cup and Pennsylvania State Titles. With a solid group of players assembled, this CR squad took on all comers and put all down on their way to an undefeated 14-0-2 regular season record which earned them the division title. The Rock would fall in the SHSHL championship series to the William Tennent Panthers 2 games to 1, in what most would consider one of the most exciting and entertaining SHSHL league championships of all time. However, the loss would not deter the Indians squad. Council Rock was given another opportunity to play for the Flyers Cup at the AA level. The Indians would go on to beat the Father Judge Crusaders in the Flyers Cup AA Semi-Finals giving them the opportunity to take on the Malvern Prep Friars for the Flyers Cup AA Title. The rest is history, CR would go on to win the Flyers Cup AA series and Pennsylvania State High School Hockey AA Championship. 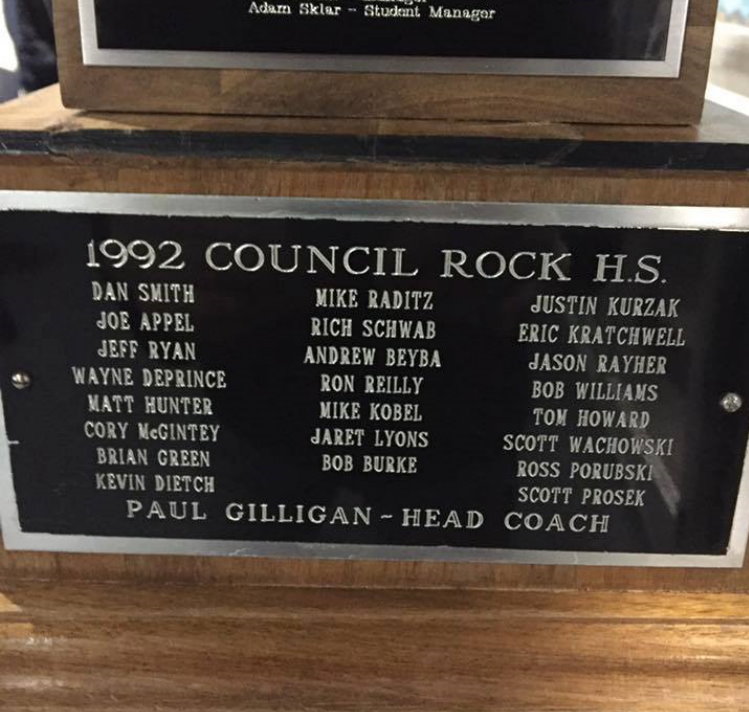 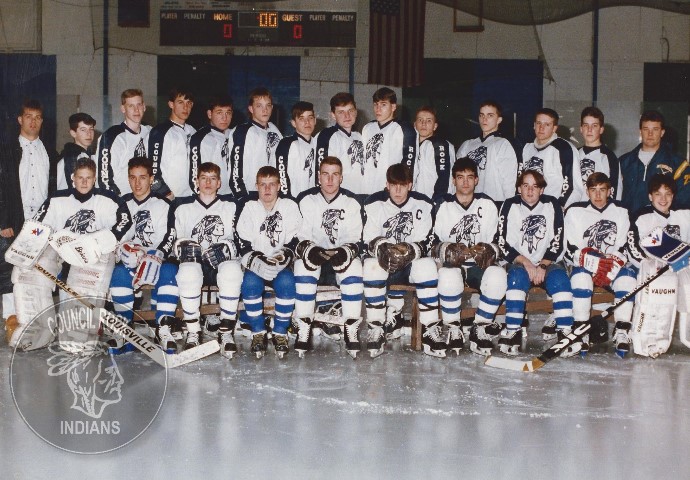 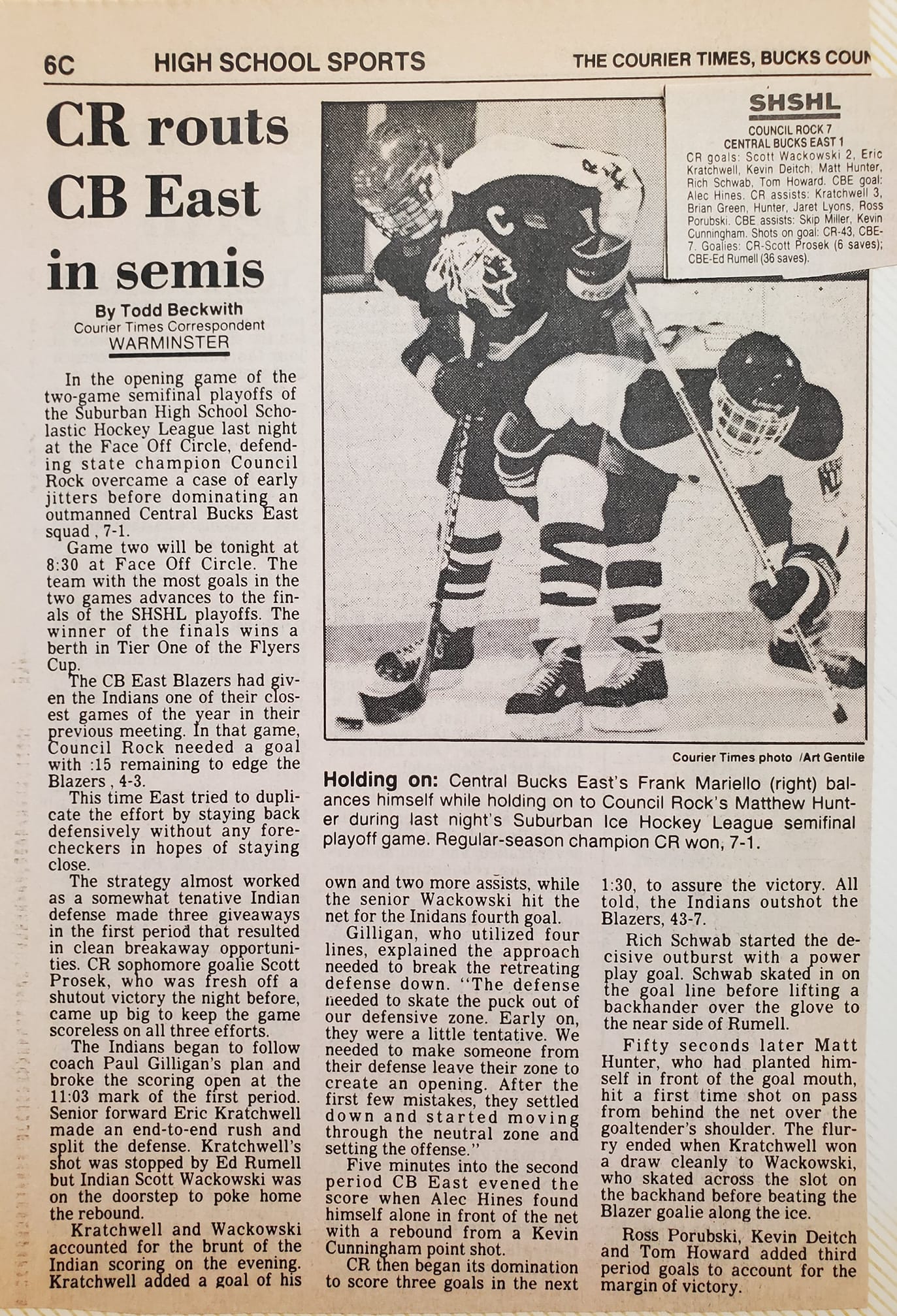 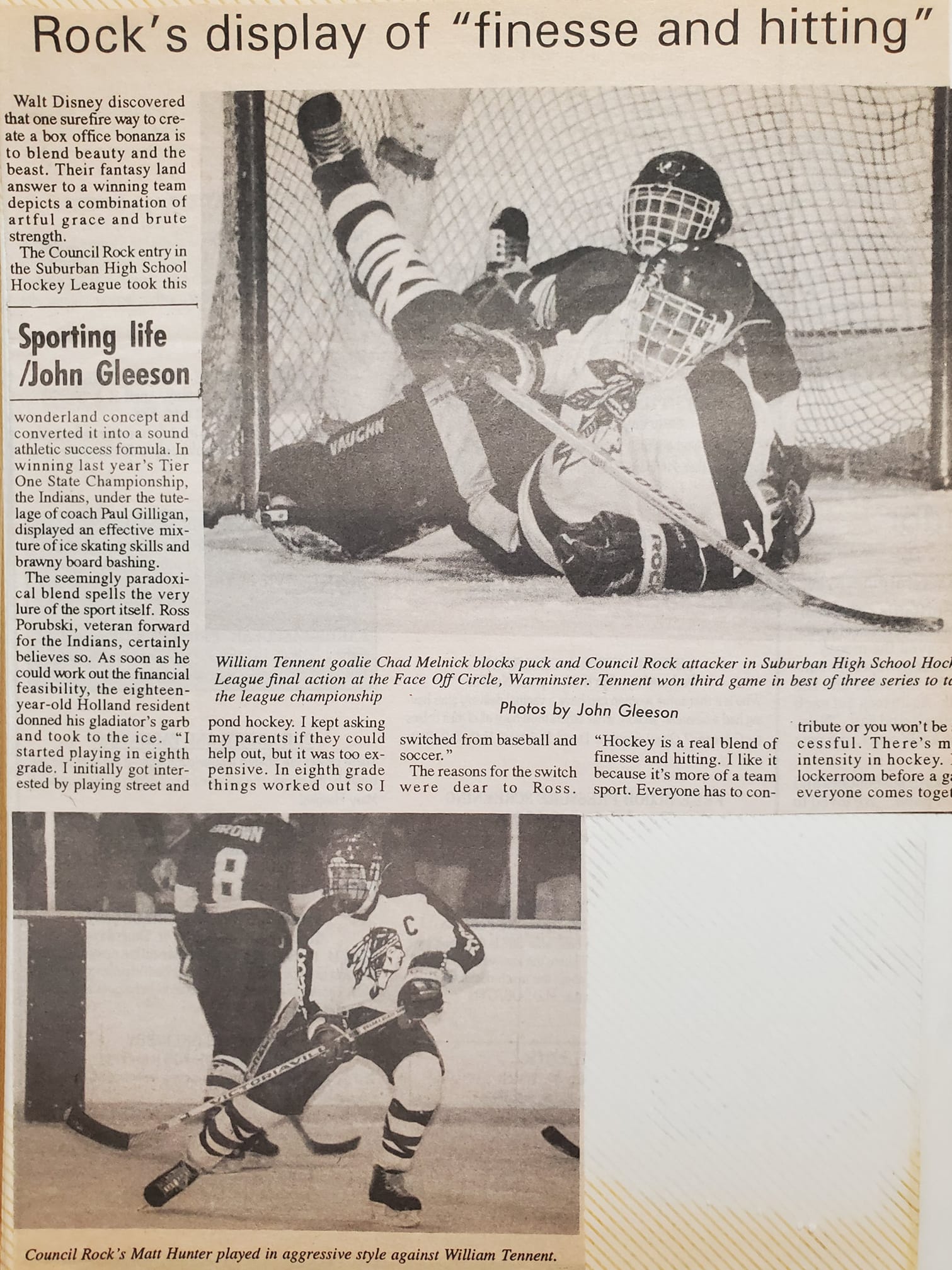 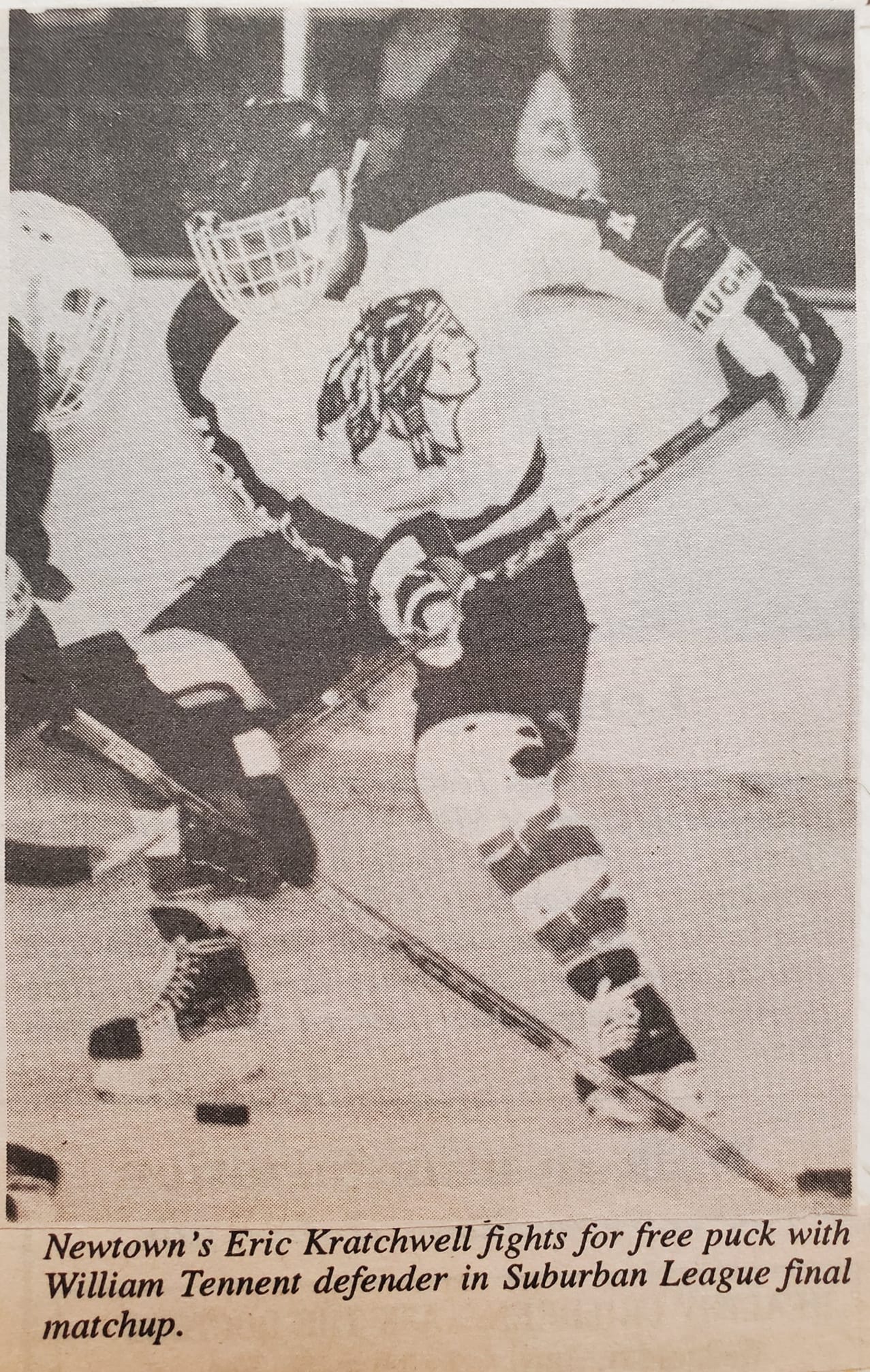 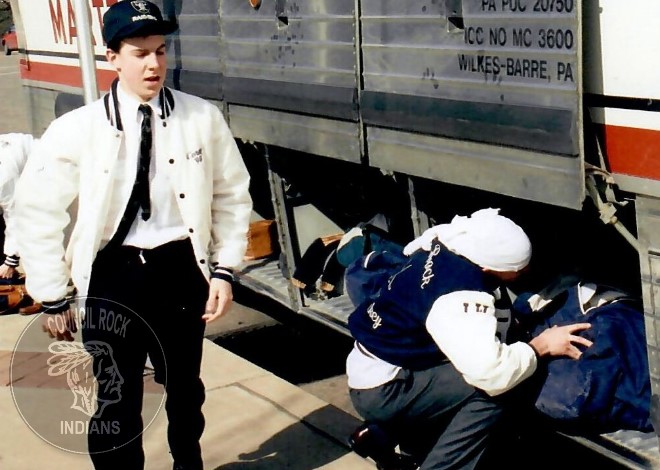 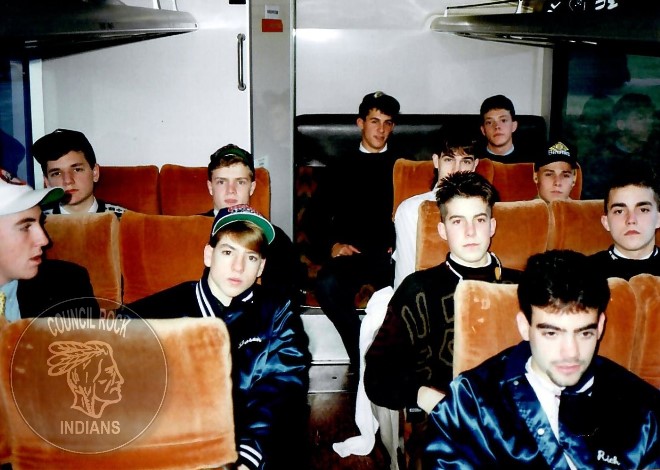 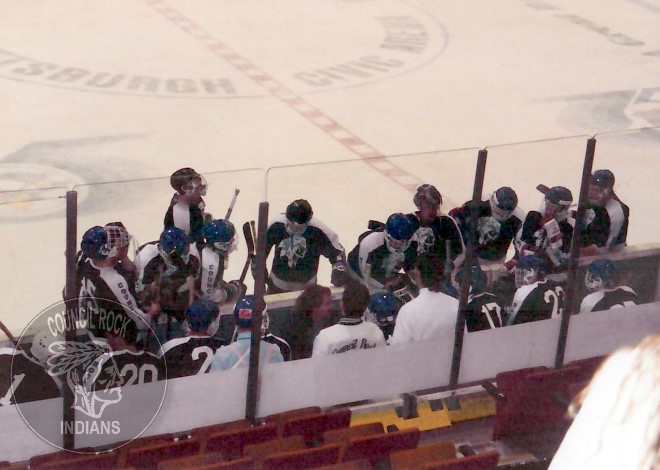 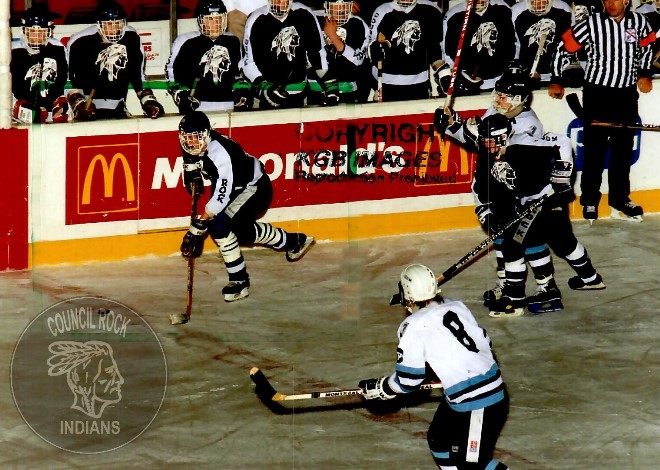 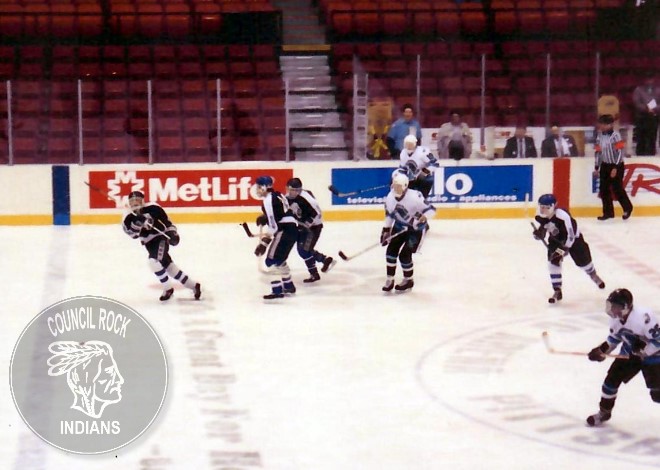 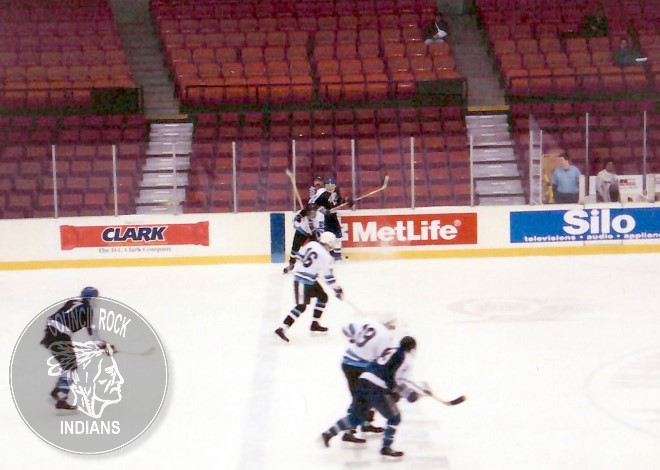 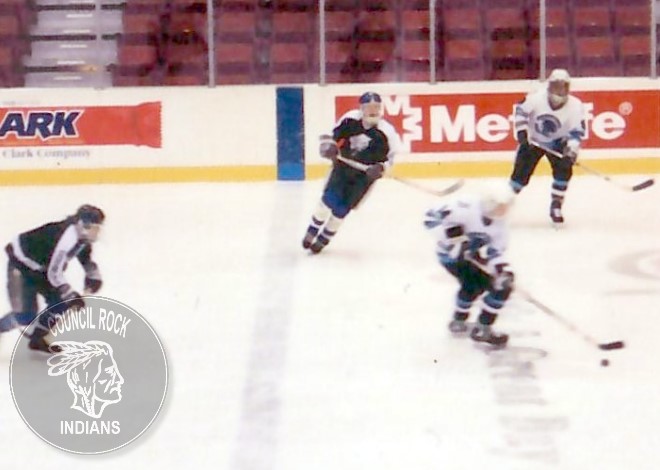 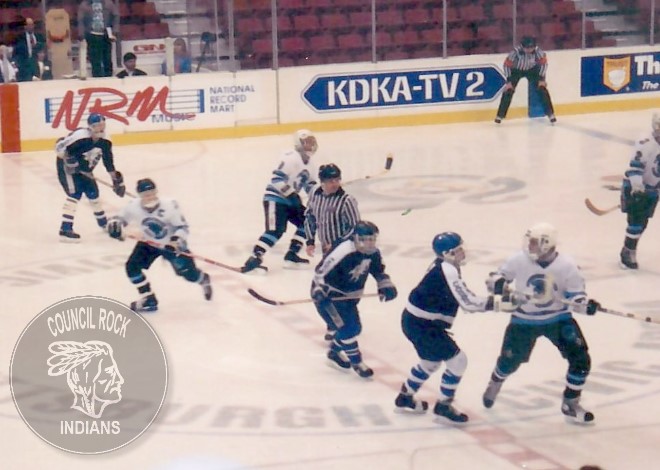 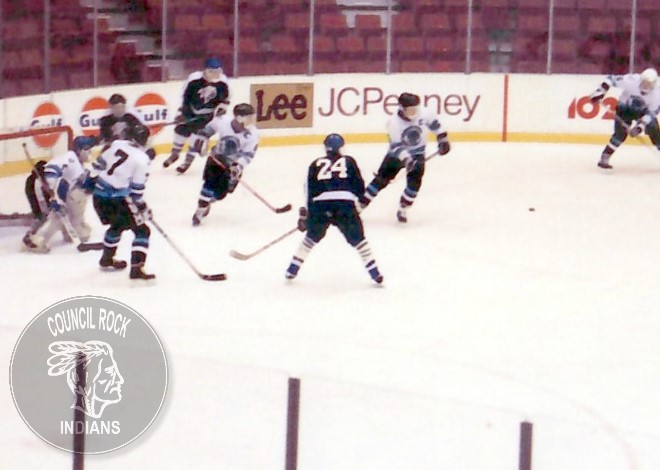 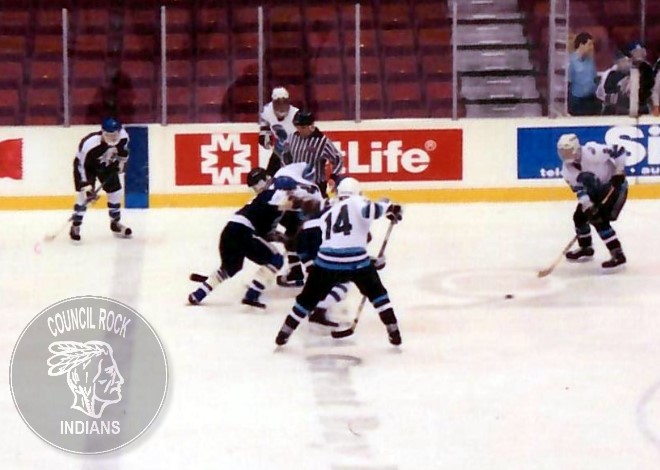 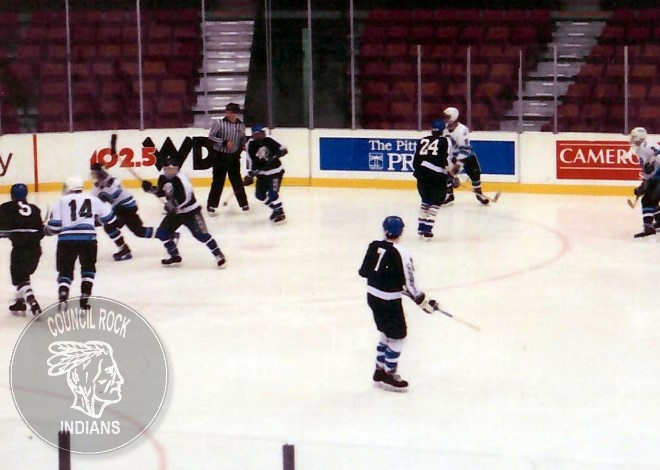 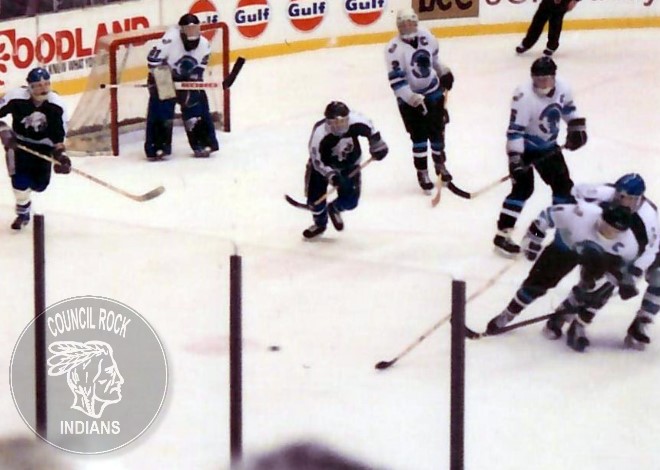 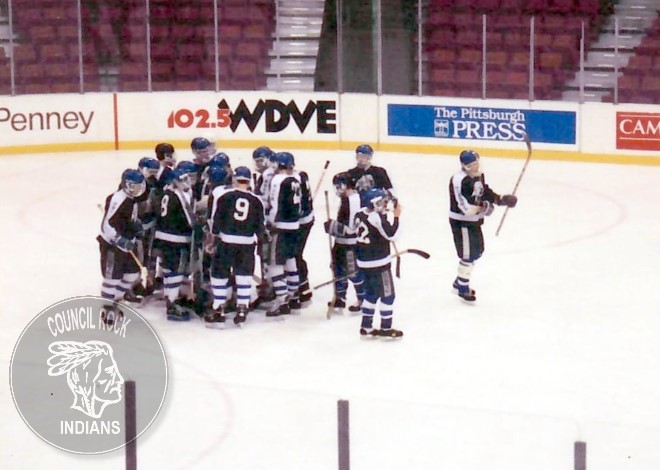 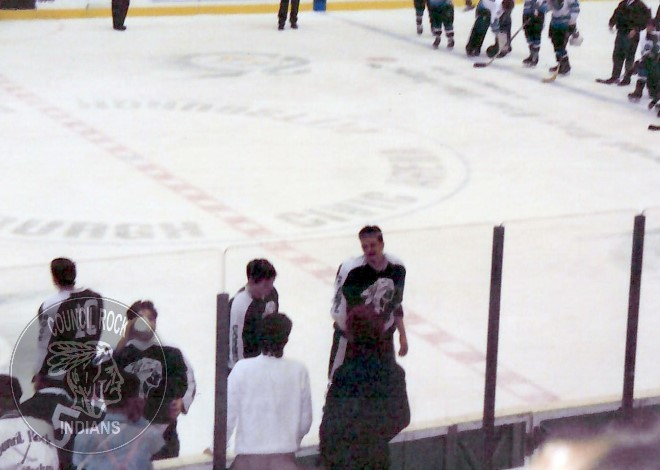 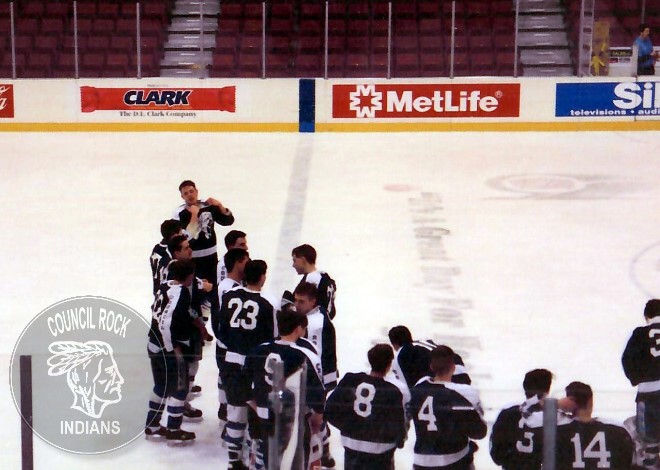