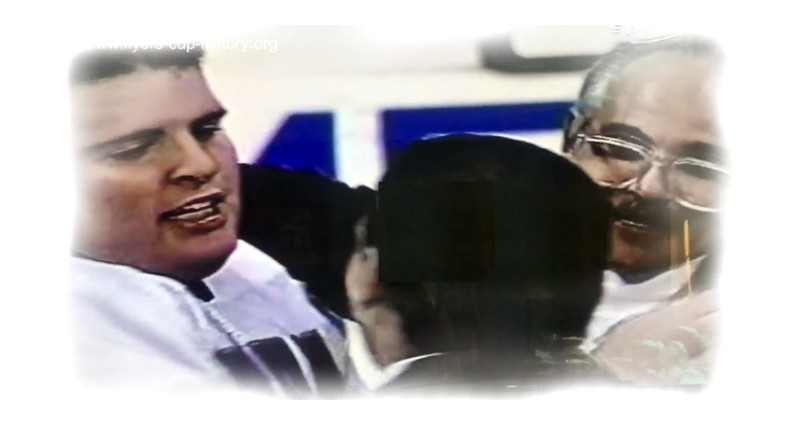 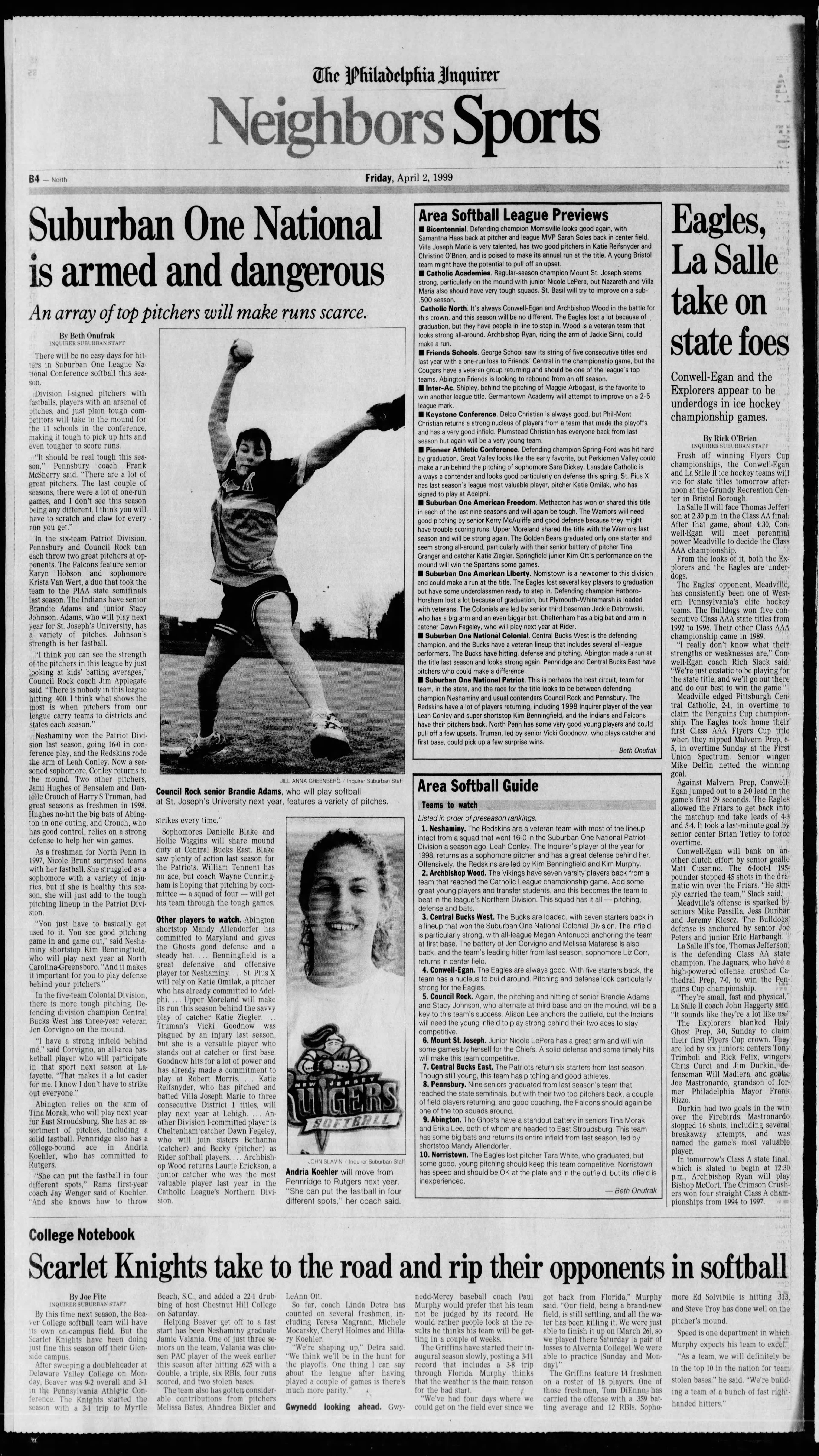 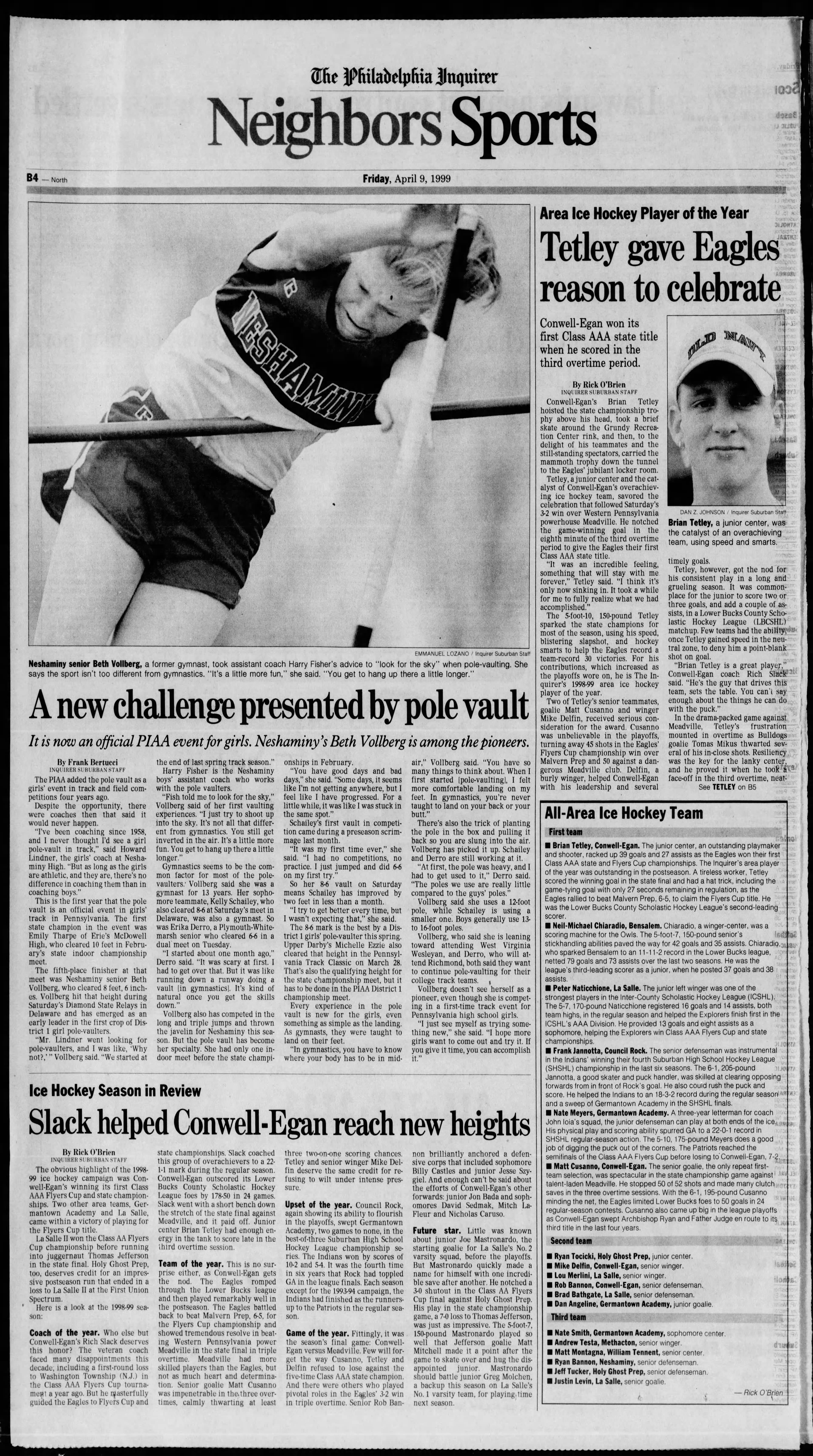 Slack Helped
Conwell-Egan
reach new heights
Apr 9 1999
Conwell-Egan Eagles Michael Delfin, #22 has the distinction of setting the record fastest Flyers Cup Championship goal and scoring the last goal of the game in OT. Sunday March 28, 1999 at the Philadelphia Spectrum. Michael Delfin had a big day. The Eagles regular season leading scorer would kick things off with the games first goal, just :08 seconds in, and is currently still a Flyers Cup Championship record. The game would go back and forth, both teams trading goals and would eventually end in a regulation tie. Delfin would score for Conwell-Egan in overtime from virtually the same exact spot he scored his first goal and practically in the same fashion but this time after picking up a rebound. Delfin went on to be named the tournament MVP and was also awarded a position on the Flyers Cup All Tournament team.