Harrisburg Icemen Regroup With All Eyes On Weekend Schedule 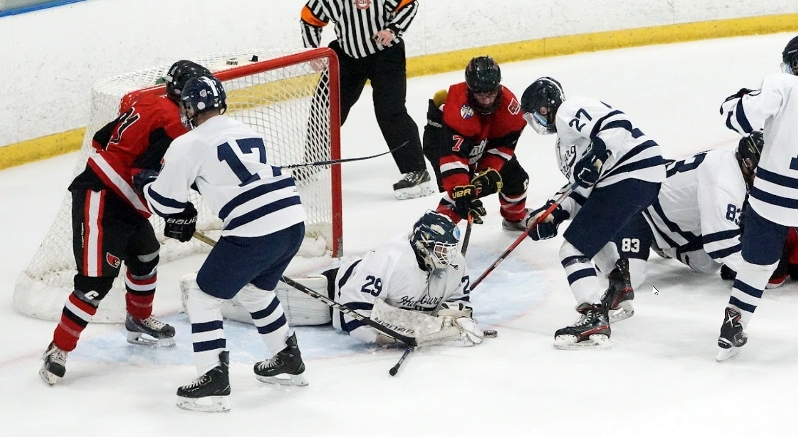 MIDDLETOWN, PA - This wasn't the way the game plan was imagined on paper. The Lions played 5 preseason games leading up to Saturday's home opener and based upon their undefeated 3-0-2 record the result should have been much closer. In the end the Catholic University Cardinals skated away with a 7-4 victory after controlling the majority of the game from start to finish. The Lion's skaters couldn't quite get it together at both ends of the ice to mount a competitive attack on offense or defense. The officiating certainly didn't help but to excuse the execution by placing blame elsewhere wouldn't be fair. 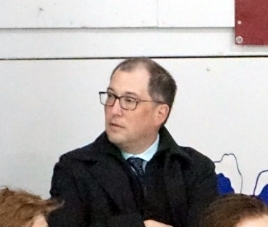 "We need to clean up
mistakes we made
last weekend and
bring a consistent
effort on every shift."
~ Chris Moore
Lion's head coach, Chris Moore was kind enough to provide post-game insight and both the player's and coach's expectations going into weekend play. "I don't think anyone was happy with how we played against Catholic, and we are looking forward to getting back to it this weekend. There are four big points available, but in order to get them all, it starts with two points on Saturday".

"As coaches, our message for Saturday is simple. We didn't see Salisbury's best effort in the pre-season showcase and they are on a roll (including a 6-3 win against Catholic). We need to erase the big win against them from our memory banks, clean up the mistakes we made last weekend, and bring a consistent effort on every shift.

Bloomsburg is always a tough out for us, and I expect the same on Sunday. Maybe their season hasn't started the way they would've liked, so I expect them to play a hungry and desperate game".

Thank you for your time, coach Moore. Let's right the ship and get back on a winning track with the same collective strong "team first" work ethic and gameplay that was displayed during the preseason. LET'S GO HARRISBURG! YHI NEEDS YOU TO WRITE POST GAME NEWS!