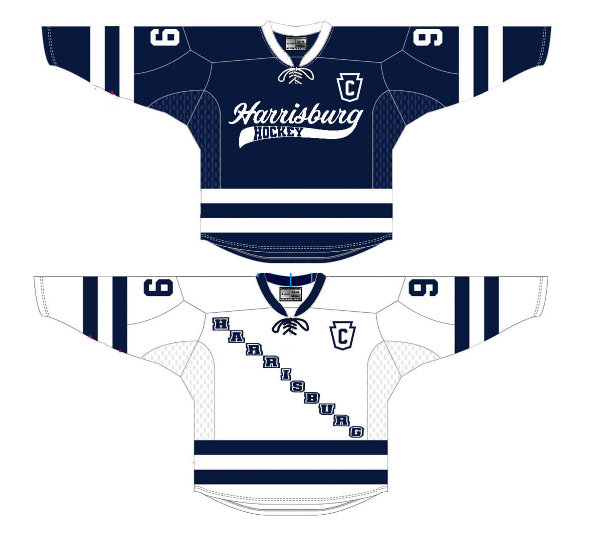 Mock up of the new jerseys

When the boys hit the ice for the regular season, they'll have a new look. Gone is the Penn State Nittany Lion, replaced with two new home and away logos.

MIDDLETOWN, PA - Some changes have taken place with respect to the traditional look the PSU Harrisburg Club Ice Hockey Program have been accustomed to.
They will now wear a home white jersey with "Harrisburg" written diagonally across the front in bold block capital letters. The blue away jersey will feature a large logo representation of the word "Harrisburg" with hockey written across the underside attached to the letter g with a swoosh.
The new look lions will kick off the regular season at home against the Catholic University Cardinals Saturday October 2nd @ 7:30pm. YHI NEEDS YOU TO WRITE POST GAME NEWS!