BACK TO HALL OF FAME MENU 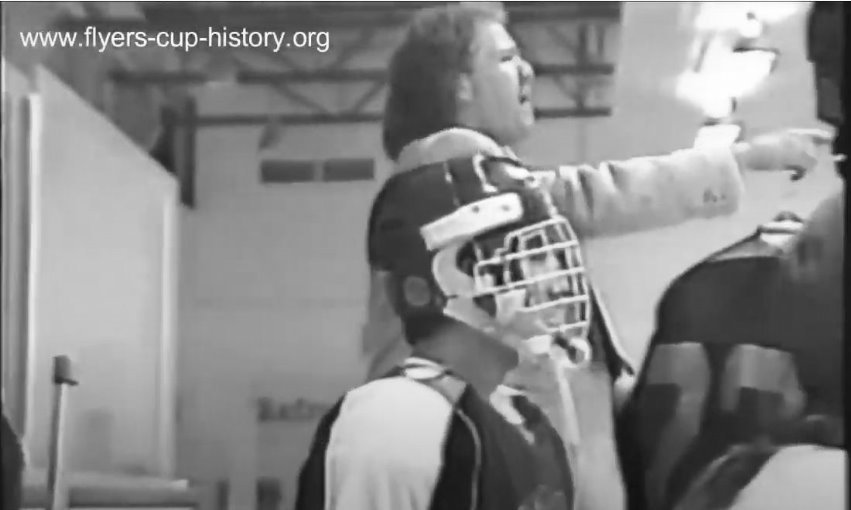 
THE DOUG MELVIN ERA IS OVER AT COUNCIL ROCK

It's the 1983-84 season and Doug Melvin has placed third in the SHSHL "Liberty Conference" behind number one Cherry Hill East Cougars, and number two Bishop Eustace Prep Crusaders. Melvins team made it to the SHSHL Finals and upset the Cougars, 5-4 1:56 into OT winning the championship. The Indians squad moved on to the Flyers Cup Tournament where they made it to the championship game and lost to the Archbishop Ryan Raiders by a score of (5-4). Melvin juggled his time and availability between working full time at Face-off Circle while running the ROTC program at Villanova. He decided his career required more attention than his coaching duties and chose to step away and move on. Doug convened with Paul Gilligan after an end of season Council Rock practice to discuss possible replacement, team managers Mr. Jacob, And Mr. Rankel are on board with the idea. The season ends and Doug moves on, Paul Gilligan takes over head coaching responsibilities for the Council Rock Indians. After graduating college, Melvin went on to become an officer in the United States Army. He has held a variety of security roles in the US military and government, including director of security at the White House, DHS country director for Iraq, and director of the TSA for the state of Idaho. He now owns his own private security consulting company with a focus on alternative energy solutions.

Gilligan's resume is impressive, in 1981-82 Paul was working at Wintersport in the pro shop and was head coach of Upper Moreland while going to college and playing college soccer. In 1982-83 Upper Moreland ice hockey team folds, Paul was coaching Wintersport Midget B while still working at the rink and going to college. Gilligan marched that team to the Mid-Atlantic region district championship, and won. In 1983-84 26yr old Paul was coaching the Marple Newtown Tigers (7-8-2) in the ICSHL and stepped in mid-season with Penn State Abington Ogontz. The new head coach replaced Sal Malvesato after only 7 games into the season and an existing (3-3-1) record. Upon Gilligan's appointment the Lions skaters immediately went on a five-game winning streak. Over the course of two seasons Paul Gilligan took his midget B team to the district championship, and two last-place teams one in High School and the other college to their respective postseason playoffs.