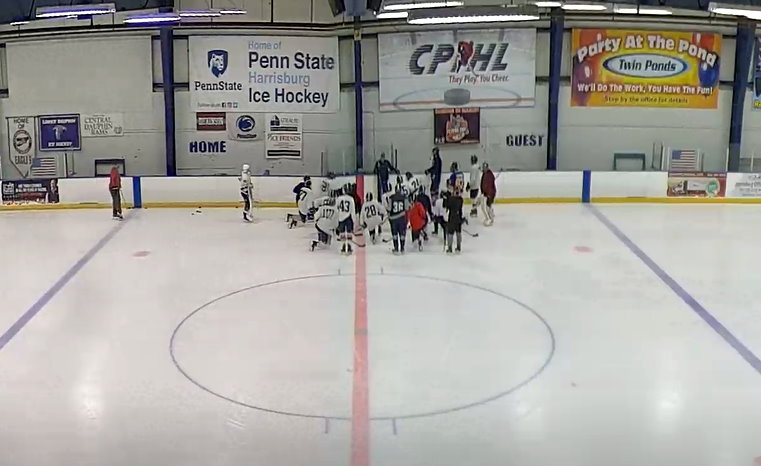 The culmination of a year off for existing team members and the anticipation for new teammates comes to a head tonight in Aston.

MIDDLETOWN, PA - The Penn State Harrisburg ice hockey team will be entering the pre-season with several new rookie freshmen on the roster ready to see their first college hockey action. The last time the Lions veteran skaters played was during the 2019-20 season, prior to the complete shut down of college club ice hockey in 2020-21. For them, the objective is to pick up where they left off after their brilliant 2019-20 DVCHC campaign.

The Lions completed a mini-camp in mid-August and have been practicing together for a month preparing new lines and filling the gaps on others. This weekend's pre-season college showcase trip will give the boys an opportunity to spend some time with, and get to know each other during and in between a guaranteed four games Friday night thru Sunday morning.

Surely there will be some rust to shake off, butterflies for some, and pent-up anticipation for others when they hit the ice tonight. The showcase will give the coaching staff an opportunity to see the line combinations in action, and the players will begin to learn each other's mindset and abilities. Adjustments and modifications will be made to work out kinks and find what works best for their team cohesively to begin the regular season. The lions begin the showcase playing a cross-division opponent, the Salisbury Seagulls, game time 10pm
YHI NEEDS YOU TO WRITE POST GAME NEWS!