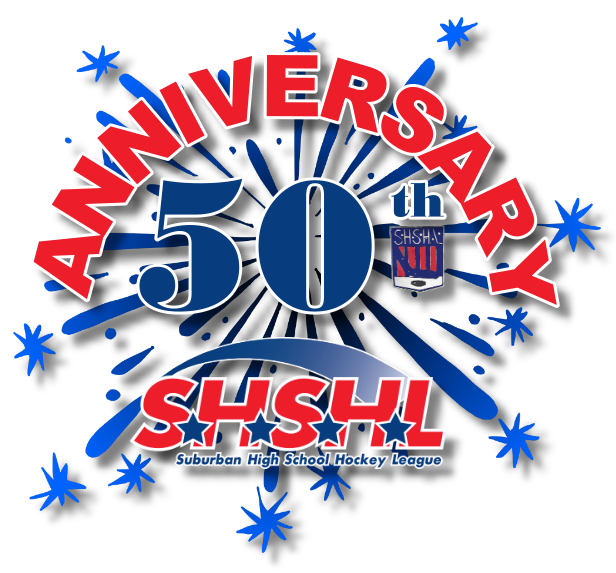 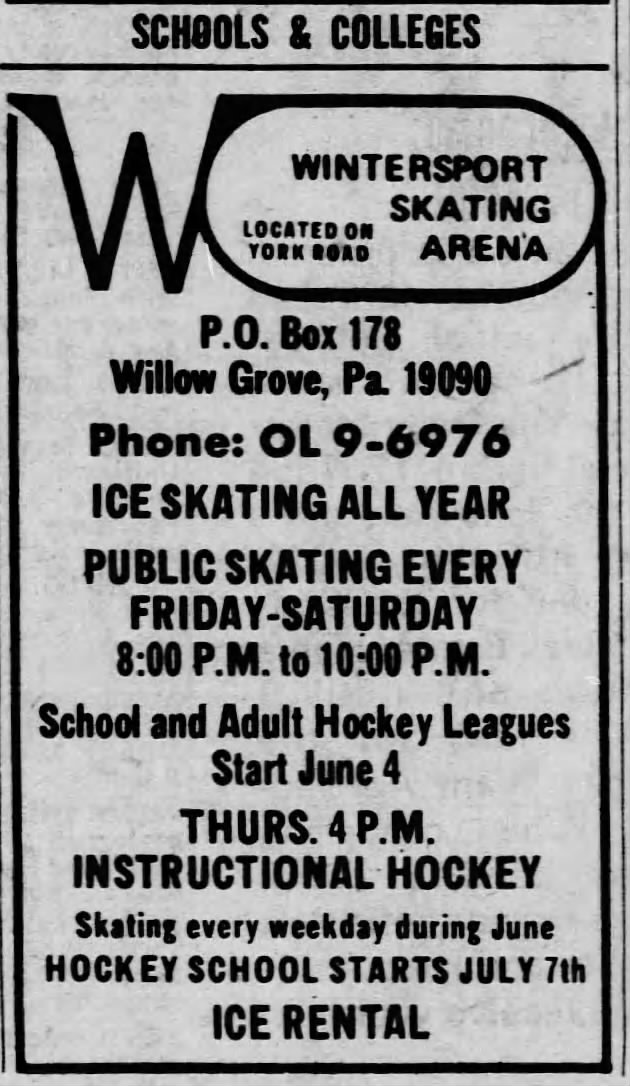 LANSDALE, PA. - The Suburban High School Hockey League is celebrating its 50th season, a jubilee of a half century of successful high school ice hockey in the Bucks and Montco region. 50 years ago, Ray Reinl, (the original owner of Wintersport Arena) had an idea, "why not start our own high school ice hockey league?"

A BRIEF HISTORY OF THE SHSHL

The Inter County Scholastic Ice Hockey League was already a successful endeavor, but their games were played in the outlying areas of Bucks and Montgomery Counties making it difficult for many to travel. With the advent of the newly built Wintersport Skating Arena in Willow Grove, Reinl's vision came to life. The league, comprised of the original six teams, Upper Moreland Bears, Cheltenham Panthers, Abington Ghosts, Hatboro-Horsham Hatters, Central Bucks Blazers, and William Tennent Panthers came to fruition and was aptly named "The Suburban High School Hockey League, better known as "The SHSHL" in 1973. Reinl appointed Warrington resident, Andy Richards league president, and commissioner to oversee league management, and operations. Wintersport Skating Rink opened in November, 1972 and immediately began activities for all ages of youth ice sports interest that December. The very first SHSHL league Champion was the Abington Ghosts. Over the course of almost 20 years, Richards grew the league by leaps and bounds. The league has gone through many transformations of divisional alignments, and conferences with as many as 20 participating High Schools involved at one time over the course of its illustrious history. This season the league has gone back to its original two division alignment with a National, and American division.

For more information about the foundation of the SHSHL you can read original writing from, (below) Fran Blinebury, staff writer for the Doylestown Daily Intelligencer, March 17, 1976


Click or tap on original articles to expand. Use your mobile device or browser back button to return to Neighbors Sports. 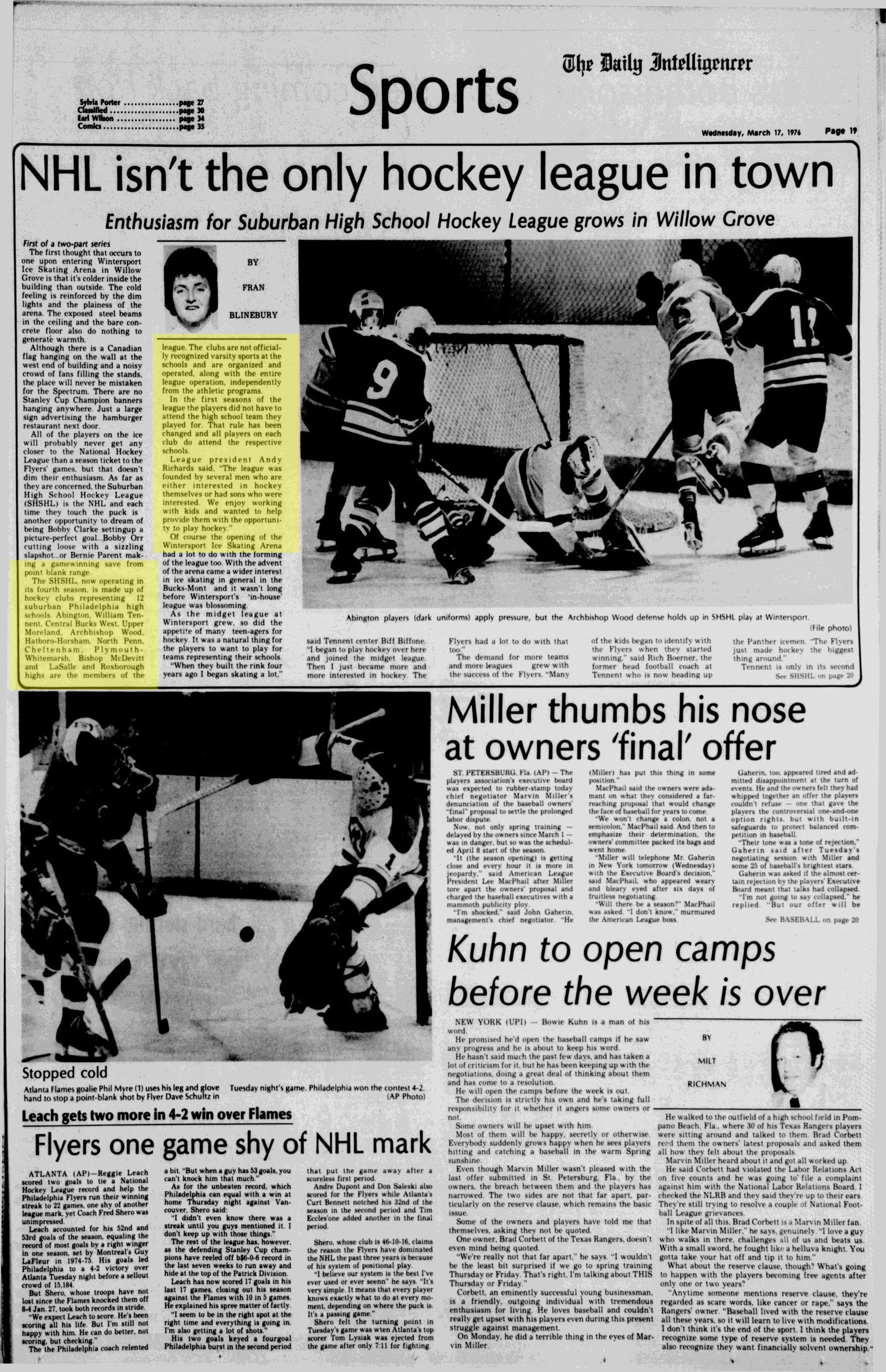 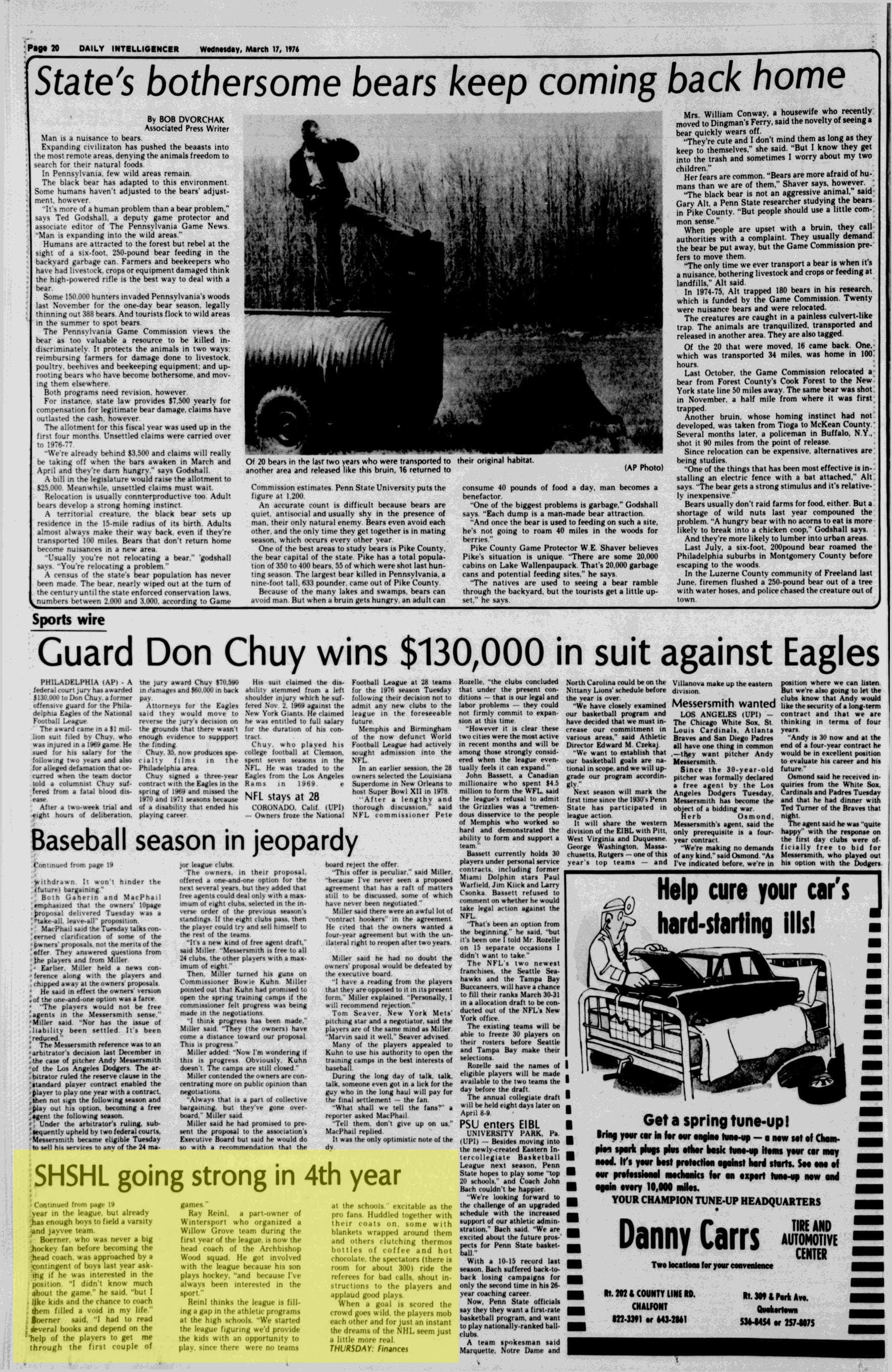 The Springfield Twp. Spartans have joined the SHSHL and will play in the American Division for the 2022-2023 season.